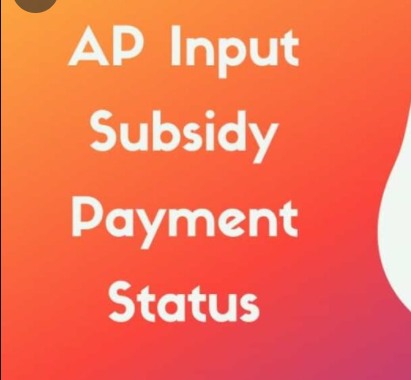 Speaking on this occasion, the Chief Minister said that the State government had paid Rs 1612 crore in the last two and half years compensating the crop loss due to heavy rains and floods benefiting 19.93 lakh farmers. He stated that the government is paying the input subsidy for the losses occurring within the same season standing by the farmer community. Besides paying compensation, under relief measures 1.21 lakh quintals of seeds were given at 80 percent subsidy to those farmers who suffered losses during Rabi.

On this occasion, he slammed the previous government for abandoning the farmers and neglecting them with untimely payments. He said that the input subsidy for 2018 kharif Rs 1832 crore and rabi Rs 356 crore was unpaid and tenant farmers were also left out from government schemes. The Chief Minister stated that the current government is standing by the farmers in all possible ways including the tenant farmers right from seed to sale and asserted that the crop loss is being estimated in a scientific way through e-cropping at the RBK level, leaving no one behind.

Going into the details, he said that Rs 123 crore input subsidy was paid in April 2020 against the crop loss which occurred upto March 2020. Similarly, Rs 278 crore was paid in October against crop loss that occurred between April-October 2020. The compensation for Nivar cyclone Rs 646 crore was credited into the accounts of 8.35 lakh farmers within a month of occurrence and for Gulab cyclone a compensation of Rs 22 crore was paid in less than two months.

The Chief Minister also reiterated that the previous government had left a huge pile of debts to farmers including the subsidy for crops, seeds, insurance, electricity arrears, and zero-interest loans. He said that all the pending arrears left by the previous government were paid by the YSRC government, including the pending bills of Rs 960 crore for paddy procurement and Rs 383 crore for the seed subsidy and many more.

Further, Chief Minister YS Jagan Mohan Reddy said that Rs 19126 crore was credited under YSR Rythu Bharosa, Rs 1218 crore under Zero-interest loans for farmers, and for free power supply Rs 23,000 crore was spent besides another Rs 1700 crore for strengthening the electricity feeders across the State. Also, the government initiated banking services in RBKs and appointed 9160 banking correspondents to offer services. In addition to these, agriculture advisory committees were set up at village level, mandal level, district level and at state level to discuss the farmers’ issues and around 10,750 community hiring centers were set up at an expenditure of Rs 2134 crore connecting with RBKs to assist farmers with farm needs.

The objective of the AP Input Subsidy

The scheme’s main goal is to give crop insurance coverage to all of the state’s farmers. All natural calamities, such as heavy rains, droughts, cyclones, and so on, will be covered under this system. The government will compensate farmers for crops lost as a result of these disasters. Farmers are not compelled to pay any premiums under this program. This will shield them from financial hardship. The plan’s execution will also provide more transparency to the system.

Modalities Of Transfer Of Benefit