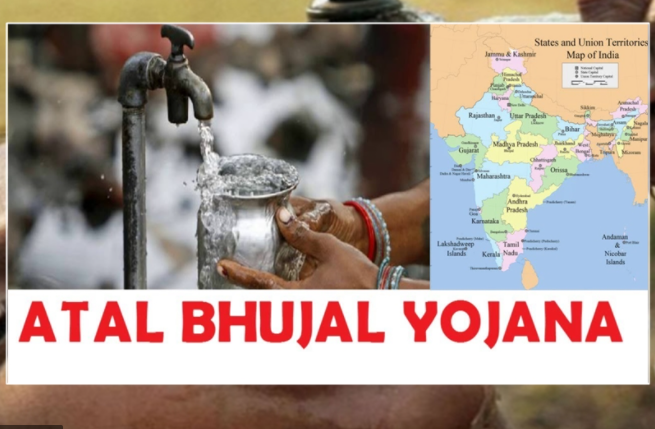 Our honourable Prime Minister Narendra Modi has launched a new scheme named Atal Bhujal Yojana at panchayats level for management of ground water. It was formed according to the name of India’s former prime minister Atal Bihari Vajpayee.Keeping in mind, prime Minister Narendra Modi launched  this Atal Bhujal Yojana for social welfare of the farmers.

Prime Minister Narendra Modi has introduced this scheme on Wednesday for behavioural changes to reduce the claim for water. On the other hand,the prime minister placed water conservation and took a decision about the making of JAL Shakti ministry to focus on the water management and it has a reputation as a start-ups so that they can reduce the water consumption and the farmers create largest water conservation across India and the world

Atal Bhujal Yojana is also known as Rohtang passageway Atal Tunnel. During the flood irrigation, farmers need to understand that it is the time to go away for drip irrigation or micro irrigation. But now farmers will be required to take decisions in a befitting manner so that they can understand easily.The aim of the scheme is to increase the supply of water to every family by 2024.this mission was organised at a function in New Delhi, Wednesday December 25, 2019.

Prime Minister Narendra Modi requested the farmers so that they can choose water intensive crops and irrigation methods that will assist in conserving water and this Scheme will develop ground water level in seven states.

This mission has become a more comprehensive and holistic approach to conserve water after forming JAL Shakti ministry. Our prime Minister Mr. Narendra Modi told that Atal Bhujal Yojana will help develop groundwater level in 78 districts. In other words, more than 8,300 villages are under this mission.

On the other hand, the Agricultural Department is using the latest techniques instead of old age techniques of irrigation so that they can reduce the wastage of water. India is an agricultural country.Most of the people of the state earn money through growing the crops and the farmers run their household based on irrigation,growing crops in various aspects.

Crops like sugarcane need a lot of water and places where many crops are grown together. It will cause depletion of ground water level. To develop this,we must make farmers aware of rain water conservation and micro irrigation.

Modi said that we must prepare a water budget and farmers must be encouraged to grow crops.in addition to that he has brought a new scheme named jal Jeevan mission and the aim of the mission is to deliver piped water supply to every household and Atal Bhujal Yojana can pay attention to those areas so that groundwater is very low.

Now the central government has fixed the target to provide clean drinking water and around 15 crore households in the next five years through pipelines. The prime Minister has set up the water related schemes must be made as per the situation at every village level.On the other hand, Central and state government will expend 3.5 lakh crore on various schemes which are related to water schemes in the next five years.