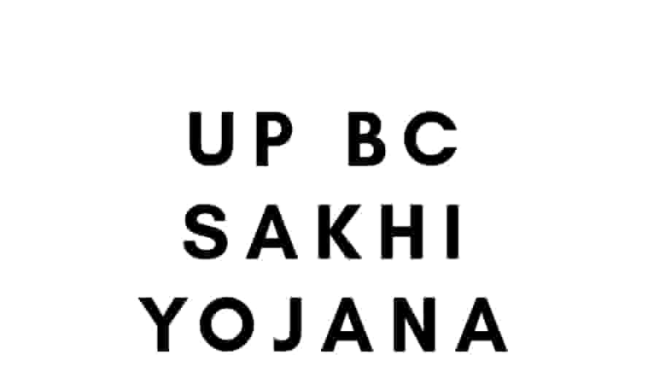 Uttar Pradesh Chief Minister Mr. Aditya Nath Yogi has started this new campaign for making Uttar Pradesh banking correspondent Sakhi services to reach the rural level.The state council authorities will provide special funds to the women so that they can set up their employment and earn their income.On the other hand, in this article, we will share with you about BC Sakhi Yojana online. Through this article, you will get an idea about this scheme. About the BC Sakhi Yojana

Up Bc Sakhi Yojana Registration Form

The government has announced the BC Sakhi scheme under 58000 banking correspondent Sakhi will be taken which will assist the government in delivering banking facilities to the people of villages and towns in the areas.Through the scheme, the women of the village will have to connect properly with the bank and banking authorities so that they can get financial assistance from them.

The BC Sakhi scheme will give banking services at home to the women of the village. The state government will deliver them a commission on every transaction. In addition to that, the Jogi government has given a revolving fund of rupees 218.49 crore to all self-help groups in the rural areas. You can apply for BC Sakhi online registration directly.

Number of Jobs in UP Banking Sakhi Scheme : In this scheme, only the women applicants will get jobs and CM has announced that around 58 thousand women will get employment.

Implementation of Yogi Women Employment Scheme : CM Yogi Adityanath has allocated a revolving fund of Rs. 218.49 crore to around 35,938 Self Help Groups (SHGs) to implement UP Banking Correspondent Sakhi Yojana.

Target of Scheme : This amount is released under the National Rural Livelihood Mission (NRLM) on 22 May 2020.
Work Digitally : This will not only remove the concern of following physical distance in the banks of the villages during the Corona period, but the villagers will also be trained in digital transactions.

To avail of the scheme online you must have the following documents.

How to apply BC Sakhi Yojana?