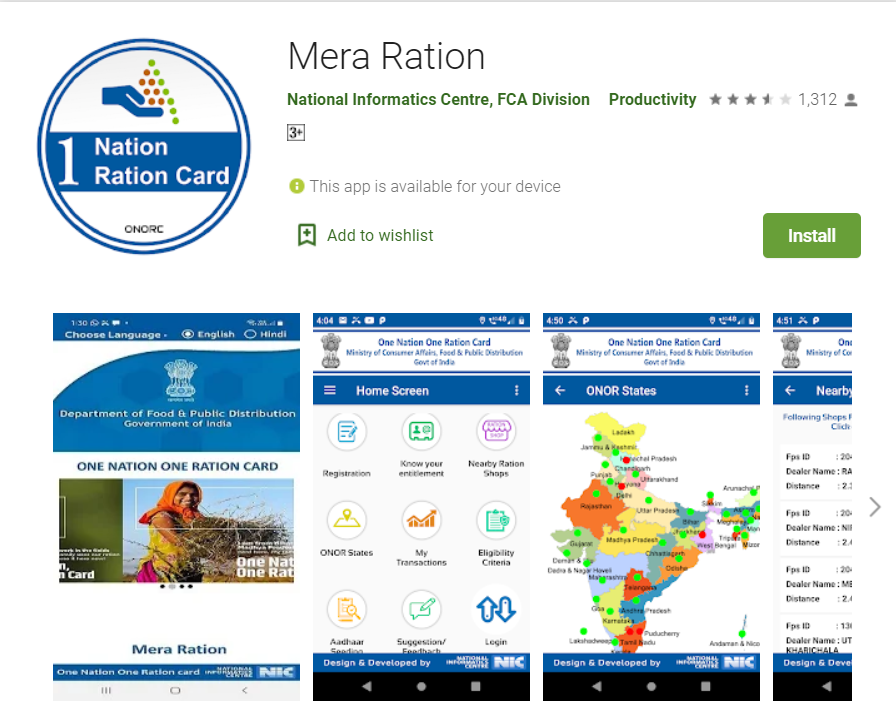 The Government of India launched a new app named Mera ration card. The government officials designed this for the beneficiaries of the program known as one nation one ration card.This app will help to encourage people to use the same ration card across India under the National Food Security Act. The National Informatics centre as well as the government officials improved this Mera Ration app. On the other hand, this app is related with ONORC services for the NFSA beneficiaries.If you want to know everything about the Mera Ration app,you will have to read an official notification and it features.

In order to offer convenience to the citizens, the Government of India keeps on launching new mobile applications. Now, the government has launched a new ration app called ‘Mera Ration’ which will help the users to get friendly with the new ‘One Nation-One Ration Card’ system. According to the government, the new ration app will prove useful to those ration card holders who move to new places for livelihoods.

One Nation One Ration Card system, the government covers 69 crore National Food Security Act (NFSA) beneficiaries in India. The NFSA beneficiaries are used by the government to provide more than 81 crore people with ‘highly subsidised foodgrains’ through the public distribution system (PDS). Mera Ration app will help the government as well as the citizens to manage this system better. Currently, the app is available only on Android and here’s everything you need to know about it.